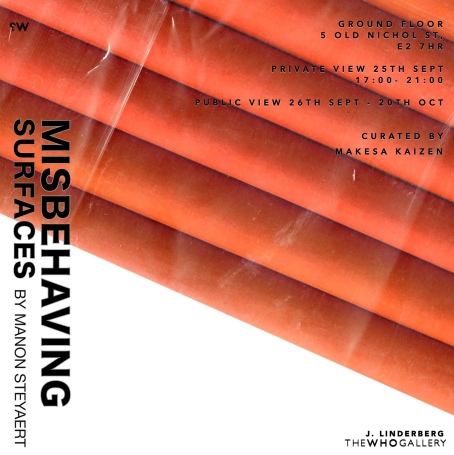 A week or so ago, I was briefly back at Chelsea College of Arts for an exhibition of Chelsea and Hong Kong artists who had completed an exchange residency, showing the results from their time in either London or Hong Kong. As part of our conversation, I mentioned the ‘Sex or Death’ game; something daft we used to do in the Painting/Printmaking studios at the Glasgow School of Art. The ‘game’ consisted of going round the studio pointing at every student’s work one by one and calling ‘sex’ or ‘death’ i.e. the artist is making work about either sex or death. We played it during the MA Fine Art course as well and it was fun, pointing at people and saying ‘sex, sex, death, death, sex’ in the manner of this Chewing the Fat sketch.

I mentioned this off-hand to the Hong Kong students and it surprised me how interesting they found it, and we ended up getting into a long conversation about what sensibility exactly constitutes a ‘sex’ artist or a ‘death’ artist, if one was more desirable than the other, whether there were any grey areas (there aren’t), what fundamental motivations an artist has, what aesthetic or thematic patterns may be seen in either type’s work (‘death’ artists like making work about space; ‘sex’ artists like to make sensory experiences in colour or sound). And so a stupid game that I had never really thought about before became a larger debate; and a central question was can you ever change your ‘Sex or Death’ identity, or is it just something you are?

I am of the belief that the ‘Sex or Death’ game represents the only fundamental truth in art. Everyone is either ‘Sex’ or ‘Death’, like being gay or left-handed. And in this conceptual framework of the ‘Sex or Death’ game, I would like to discuss the recent solo exhibition of my friend, fellow MA Fine Art student, chef extraordinaire, young French painter Manon Steyaert.

Manon’s second solo presentation entitled ‘Misbehaving Surfaces’ in partnership with the Who Gallery opened at J. Lindeberg showroom in Shoreditch, on 25th September 2019 (accompanying interview by Beast Mag here). Steyaert’s practice generally deals with the deconstruction of the language of painting, bringing painting off the wall, and off the stretcher. The new work in this show represented a return to the rectangular frame of the canvas stretcher (after her MA Show installation which wrapped canvas and coloured material around architectural features in the gallery); a development in the layering of colour and light; and finding new ways to insert physical movement into painting.

In past exhibitions, Manon liked to break the fourth wall in her paintings: she made the subject the stretcher, the back, the space and shapes around and part of the painting. Or she put them on wheels, hung them from the ceiling, had them operated by pulleys, so that the installation took precedence and the colour or ‘subject’ of the painting exists to enhance the overall effect of the sculptural movement and form. This had the effect of forcing the audience to see their bodies in relation to the paintings and the space around them, and through the viewer’s physical manipulation of the paintings put control of the work in their hands. One participates in Steyaert’s paintings; it takes two to tango.

The recent work shows a shift in Steyaert’s practice. From these spatial and sculptural interpretations of painting, deconstructing formalist painting language of the 20th century, there is now also a certain tangible ‘aesthetic’. She is beginning to have her own ‘look’, visual content, atmosphere that can only be described as the artist’s own voice. The work now has a stronger focus on surfaces, a recognisable colour palette, certain textures, motifs, a visual cohesion; there are layers of stretched latex and cellophane and other materials over and under the painted canvas, layering colour, using the new materials to create movement in the works that would in the past have been created by mechanical contraptions. Sheets of light iridescent film ripple as the viewer walks past; such a lightening compared to rope and metal.

This layering of colour, texture and movement contributes to the sensory experience of the new paintings. While in the past, Steyaert’s critical question was about structure and form, now it has expanded into sensation, light, colour, texture. In other words, while she previously had the ‘body’ of the structure of the sculptural paintings, wood, canvas, rope, wheels; now she has made the same body ‘seductive’; bold colours, see-through materials, latex and iridescence. Now the skeleton has flesh; the body has clothes.

This growth of personal style in the paintings shows a certain confidence that has crept into Steyaert’s work following the MA Summer Show presentation in July. There seems to be an understanding now that after stripping back her painting to such a brutal extent, she is freer to choose what she includes without compromising the sensory power of the installation. There is more humour and playfulness in Steyaert’s painting/structures; there is a lightness in touch as well as material, and the work embraces its physicality in a way that doesn’t take itself too seriously.

Steyaert’s first solo exhibition in March 2019 and this one both took place in high-end fashion retailers and showrooms, pairing the work from the beginning with a certain glamorous, luxurious, commercial context. Especially in the second show at the J. Linderberg showroom, there was an exceptional closeness between the colours and textures of the clothing and shoes on display and the paintings, with certain oranges and yellows mirroring each other; there was additional consideration given to the features of the space such as the glowing LED wall, in front of which was hung a piece made from yellow cellophane and fabric which lit up like a jewel (see below); one of my highlights of Steyaert’s recent output. This piece in itself is seductive; it glows, it is warm, it is shiny and golden, it floats on the ground away from any surface, it is the first piece you see when you walk in. Its golden glow lifts up the work around it so that you can believe all the paintings are illuminated by their own inner light.

However, Steyaert’s work is in danger of becoming too sexy. If this pairing with luxury fashion continues, it will be difficult to extricate her practice from. While I think this show is the most successful she’s done so far, I think it’s time for a change of direction as well, not building a reliance on one kind of audience, or mode of making and showing; the work is simply too strong. Though the relationship to commerce can be part of how one’s practice connects to the world, other commercial considerations are starting to creep into the work here, notably in references to waste and storage; the rolls of canvas in the series ‘Totems’ describe what happens to ‘unsuccessful’ paintings, rolled up in a corner of the studio; or the trash bag paintings, referencing disposable fashion and landfill as well as being a humorous take on the waste materials or failures of ‘real’ paintings. These trash paintings are spontaneous, delightful, and have a bit of an edge as they play with an underside of beauty and glamour; a transformation from waste into statement. These two series add a depth to the work, a subtle edge of dark humour, but it is their spontaneity and simplicity that really elevates them.

Related to this idea of commercial consumption in Steyaert’s practice is the idea of literal consumption; by this I mean her side gig as a chef and food writer. Manon Steyaert has been talking from day one about whether food or art would come out on top in her career; whether she would end up as a cook who paints or an artist who cooks. It’s always been interesting to me how the food and art actually relate to each other in the grand scheme of her processes and personality; her food is colourful, loving, carefully constructed, luxurious without being wasteful. She is pragmatic as a chef and an artist, process-based, designing structures and following each step through to the end result. Her paintings can be read as recipes; her food as compositions. I think the mental process of creating each, for Steyaert, is similar. As well as the obvious comparisons with the paintings and food (cellophane as sweetie wrappers, paint like fondant icing, allusions to decadence and treats) I think there’s a deeper driving need to nurture, energise, animate, create moments of joy, pleasure, sensation to be shared.

It’s this, more than anything, that makes Manon a ‘sex’ artist.

Ruminating on Manon’s work has led me down interesting paths: commodification and consumption of paintings; connections between cooking and painting; the ‘Sex or Death’ game, and why people make the things they make; the expansion/clarification of an artist’s critical question; the growth of young artists’ work at certain key points in their career. At only 23, fresh out of the MA course and in the professional world for the first time, the speed Manon’s practice has developed has been astronomical and in future years I think this trilogy of solo exhibitions in 2019 (the first in March, the second in October and the third coming up in November) will be fascinating to reflect upon. When I was 23 I’d graduated from GSA and had my first solo exhibition but my practice was beginning to plateau, and I began to think seriously about undertaking my Masters. It was a time of proving my independence to myself and committing to my work, a tumultuous and difficult time but a time that set incredibly important things in motion.

However, glamour is a dangerous game. At this point, it’s important to acknowledge the reality of becoming a product oneself, selling a personality or advertising an aspirational lifestyle as well as paintings, letting the artist’s image overtake the work. This is something that happens with cooking especially in the Instagram era, and must be consciously considered. We live in an image-hungry world. Manon’s next exhibition is in an artist-run, not-for-profit space which I think will benefit the work hugely, with potential for controlling the whole environment and scaling up, while hopefully keeping hold of the lightness and spontaneity of recent pieces. Steyaert’s recent work holds the viewer’s eye within the space of the paintings, caught in layers of colour; the surfaces misbehave by inviting you inside them.